To educate, train and provide robust solutions that build confidence by simplifying a complicated technology in a rewarding culture.

We strive to lessen the challenge of new technology by providing robust solutions that build confidence, with training and education for each of our applications.

Making magnetic resonance for all!

Our magnetic resonance journey began in 1982, when Donald Bouchard was an undergraduate student at Florida State University.  FSU had a leading edge NMR facility and many accessible faculty and technical staff willing to answer questions about this very cool and rapidly developing field.

Under Prof. DeLos F. DeTar  his first project studied steric hindrance by synthesizing several hindered esters and measuring the rates of aminolysis.  Here, he was introduced to NMR, computers, and did kinetics measurements.  He did enough synthesis to realize that it wasn’t his calling, so he gravitated to NMR and computers.

“I always thought I was going to further my chemical education and decided to go to grad school at Emory University and was fortunate to have Craig L. Hill for an advisor.” – Donald Bouchard.

Prof. Hill encouraged his students to use every physical method available and magnetic resonance was one of them.  He studied soluble analogues of metal-oxide catalysts using polyoxometalates as the catalytic moiety as they oxidized virtually any organic substrate using sunlight.  He got to travel to the Southeast Regional NMR center at USC in Columbia, SC and worked with people in Paul Ellis‘ group which to this day he meets some of the same people at NMR and ACS meetings.  He also did 183W NMR and purchased a probe from a small Indianapolis company whose braintrust was Dr. Craig Bradley.

“I wanted to work more in the field of NMR, so I moved to the University of Pennsylvania to work in the laboratory of Prof. Stanley J. Opella.  This was a tremendous experience because I interacted with some great people and got to do things I really enjoyed.  The other students, post-docs and faculty were fun and interesting to work with.  In about my fourth year of school, my career hit a bump because my wife and I were blessed with triplet daughters.  It was impossible to stay in school and have the resources I’d needed to address my new family’s needs.” – DAB

Colgate Palmolive Co had fantastic facilities and its management assigned projects which allowed him to expand the chemical understanding of their products.  One really nice aspect of working for Colgate was that the management was supportive of its scientists ideas and allowed them to propose projects with a business impact. Mr. Bouchard bring this nurturing aspect to Alegre Science as a value today.

“In talking with some of the people in the analytical area, they suggested that it would be nice to have a rapid assay of fluoride content in toothpaste.  I was allowed to work on this project and started looking at established companies in this area, namely Bruker and Oxford Instruments.  During a trip to the UK to evaluate the instruments, I was given the name of a new company, Resonance Instruments (RI) in the Oxford area.  I really like their product offering and while working with them, they asked me to consider helping them start up in the USA. ” – DAB

Dr. Craig Bradley brought Donald to Anasazi Instruments where he worked for 12 years.  In 2003, he started selling outside the USA (Canada and Latin America) but in early 2005, he moved into the western part of the US.  For many years Anasazi enjoyed exclusivity in the market and they had and still have a great reputation for customer support. The company had great success and he frequently worked in Latin America, where his Spanish improved and eventually he mastered.

In 2012, he decided to apply NMR in new exciting ways with Dr. Pablo Prado of One Resonance Sensors (ORS) a new company. 14 months later, he returned to Anasazi with a mandate, open China for 2 years.

“it opened my eyes about the potential of China and the brutality of the Chinese market.  It was amazing to walk into laboratories doing organic chemistry and seeing students arriving before 9 am in the laboratory and not leaving until after 7 or 8 pm.  The numbers of students in each lab was also impressive. I enjoyed working with the team handling distribution in China.” DAB

We are excited for the future of Alegre Science.  “I look to create a company whose singular goal is gratified customers and a company culture of people who always strive to exceed their customers needs and a continuous drive of improvement.” – CEO Donald Bouchard. 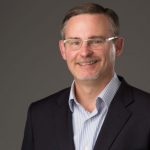 An Interview with Donald Bouchard